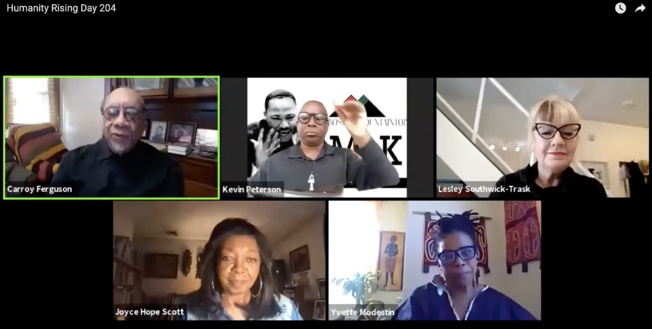 The theme of the session is “undoing racism” with a specific focus on anti-Black racism as it relates to the nature of our individual and collective Energy, Consciousness and “Unconsciousness.” Some ideas that will be explored come from Ferguson’s award-winning book,Evolving The Human Race Game: A Spiritual and Soul-Centered Perspective. While the intention is to provide a broad spiritual and soul-centered overview regarding how and where we are currently “stuck” in playing three human race-linked games in our search for Self, panelists will discuss more specifically how they have sought to address anti-Black racism through their work in the world to decolonize the anti-Black racist mind. One goal is to begin a dialogue about ways to evolve our individual and collective Consciousness in regard to minimizing the effects of anti-Black racism and to improving race relations in general.