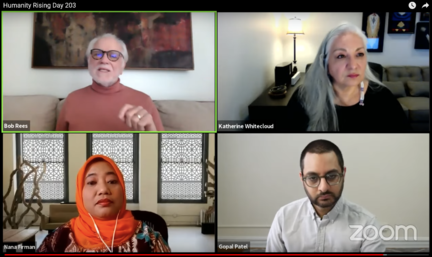 The Vanishing Garden: Religion and the Fate of the Earth

All world religions have a reverence for the earth; most believe that God or divine beings made the earth as a habitation for humanity and that all peoples have a responsibility for nurturing and preserving the earth, its human and animal creatures and its natural resources. This is the second Humanity Rising session on Climate Change and earth stewardship from the perspectives of the world’s religions. The first session, featuring activists from Christianity, Judaism, and Buddhism, focused on  preserving and restoring the earth to a healthy state and religious/spiritual strategies for addressing the current ecological crisis.