HR!Day255 - The Murder Of George Floyd, Black Maleness (Masculinity), And The “Dark Unknown Archetype” In Our Individual And Collective Consciousness 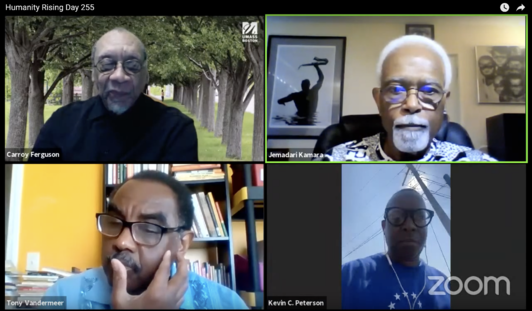 On the anniversary of George Floyd’s murder on May 25, 2020, the theme of this session is three-fold: (1) to explore deeper meaning(s) underlying George Floyd’s murder at individual and collective levels; (2) to provide perspectives about Black maleness (masculinity) as it relates to policing, so-called “authority figures” at personal and societal levels, and the imperative for restorative justice; and (3) to explore the role of the “Dark Unknown Archetype” and how it has been “misused” individually and collectively to influence how we “think” about ourselves and our worlds in our individual and collective Consciousness as human beings.