Extinction Rebellion and COP 26: A Dialogue with Rupert Read 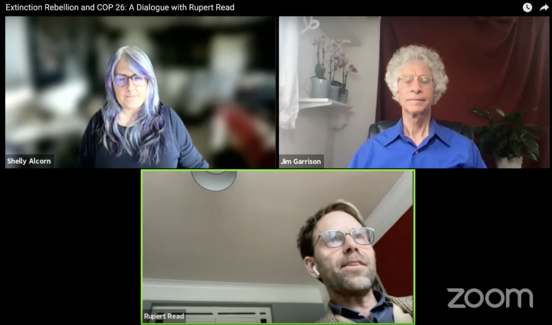 Today we will dialogue with Rupert Read, one of the founders and spokespeople of Extinction Rebellion, who will be participating in the 26th annual Conference of Parties Nov 1 -12 in Glasgow. The COP is the highest level convening of governments on climate change and is being called the most important COP in history given the fact that we are now in what the UN Secretary General calls “Code Red for Humanity.” We are in the climate tipping point and so far, our governments have done next to nothing, choosing instead to massively exploit nature, wantonly develop fossil fuels, and persecute and murder climate activists, over 300 killed since 2006. In the face of this, Extinction Rebellion arose three years ago this month as a global protest using direct action and civil disobedience to call attention to the climate crisis. Rupert Read was there and involved in the direct action in London.