Radiation and Gender: The Effect of Radiation on Women 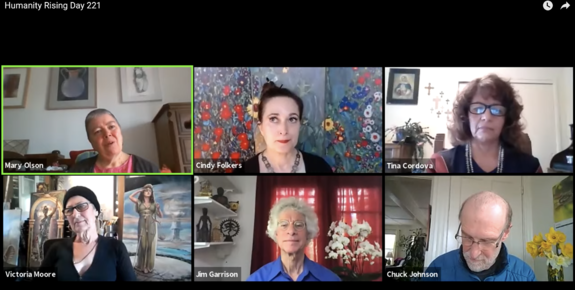 Today, we deepen our investigation into deleterious health impacts we see from 79 years of nuclear weapons and nuclear power, focusing on the fact that radiation has a far stronger effect on women than on men both in terms of cancers and in terms of leadership. The goals of this session are to empower individuals and families to make better radiation choices for their daughters, to speak to governments of their obligation to protect all of the public better, and as cautionary voices speaking to investors attempting a revival of nuclear energy and weapons. The panel includes leaders who themselves have been directly harmed, from communities which have suffered, and NGO leaders who have sustained long-term commitments to building security and energy without splitting more atoms. Many thanks to Mary Olson for convening this panel. She spoke on radiation issues on Humanity Rising Day 80 and Day 160.