Killing Native American Children in Canada and the US 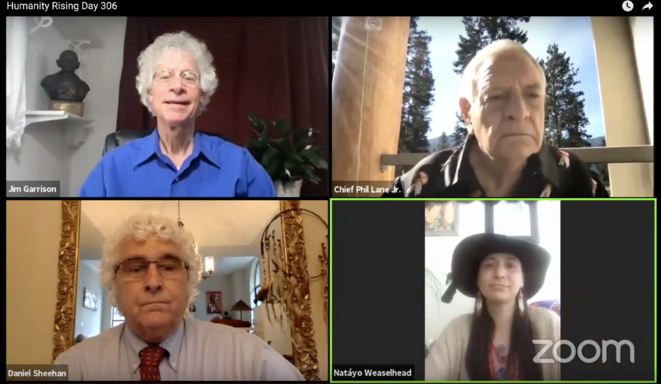 In June 2021, the remains of 215 children, some as young as 3 years old, were found buried on the site of what was once Canada's largest Indigenous residential school near Kamloops, British Columbia. A search of the area with ground penetrating radar indicates that the number of graves could be as high as 751. The Kamloops Indian Residential School used to have at least 51 confirmed deaths on its official record. The graves were marked at one time but the Catholic Church which operated the school removed the markers. The tragedy deepens when one recognizes that this same practice of murdering Indian young people who were either deemed unworthy of life or who refused to renounce their indigenous heritage was practiced at other sites in Canada. From the 19th century until the 1970s, more than 150,000 Indigenous children were forced to attend state-funded Christian schools in Canada alone, the majority of them run by Roman Catholic missionary congregations, in a campaign to assimilate them into Canadian society. The Canadian government has admitted that physical and sexual abuse was rampant in the schools, with students beaten for speaking their native languages. Similar practices have been reported in the United States.

•    Chief Phil Lane is a member of the Ihanktonwan Dakota and Chickasaw Nations, and is a citizen of both Canada and the United States. With master's degrees in Education at National University and Public Administration at the University of Washington, Chief Phil is an indigenous leader in human and community development. The founder and chairman of the Four World's International Institute, an organization dedicated to "unifying the human family through the Fourth Way”, Chief Phil is the recipient of many awards, including the John Denver Windstar Award, and is a frequent speaker on behalf of indigenous rights and wisdom.  A film and video producer, community leader, writer, speaker, educator, consultant and editor, Lane is the co-author with Jon Ramer of "Deep Social Networks and the Digital Fourth Way" a document that outlines sixteen principles as a road map for creating holistic change using internet technologies as a basis by which to share with indigenous peoples globally. Lane has spent the greater part of his life building alliances, especially with native peoples, in both of the Americas in fulfillment of native prophecies concerning the reunification of the "Eagle and The Condor" Most recently, he was featured in the film "The Shift of the Ages" which explores the topic of the Mayan calendar prophecies.

•    Daniel Sheehan is a Harvard College, Harvard Law School and Harvard Divinity School–trained Constitutional Litigation and Appellate Attorney. For close to five decades, Danny’s work as a Federal Civil Rights Attorney, Author, Public Speaker and College and Law School Professor has helped expose the structural sources of injustice in our country and around the world.  Daniel has protected the fundamental and inalienable rights of our world’s citizens and has elucidated a compelling and inspiring vision for the future direction of our human family. Dan’s dedication to this vision and his work have placed him at the center of many of the most important legal cases and social movements of our generation.  Since 2006, Daniel has served as the lead attorney and general counsel for the Lakota People’s Law Project. Much of LPLP’s work has been in South Dakota to stop violations of the Indian Child Welfare Act (ICWA) and rescue Lakota children from an abusive state care system. In 2016, LPLP began organizing around the Dakota Access Pipeline. Our Lakota staff were on the ground at Oceti Sakowin camp from its inception in April 2016 to the final days in February, 2017. Daniel represented Chase Iron Eyes who faced felony charges related to the #NoDAPL movement. Although Chase’s case did not go to trial, we are building an online archive to make public the strategy and details of our necessity and treaty defenses. To learn more about the work of Lakota People’s Law Project, visit lakotalaw.org