A Salute to Stan Grof on his 90th Birthday — Navigating the Collective Death and Rebirth Facing Humanity: Dialogue with Rick Tarnas with Stan and Brigitte Grof 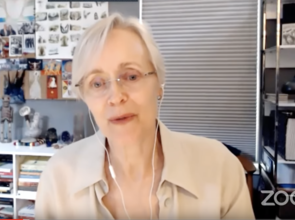 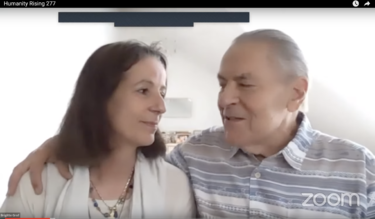 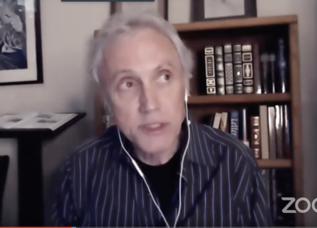 Dr. Stanislav Grof, M.D., Ph.D. is a world-renowned pioneer, theoretician, and practitioner of the transformative potential of non-ordinary states of consciousness. His groundbreaking theories have influenced depth psychology, psychiatry, and psychotherapy with his brilliant mapping of the transpersonal and perinatal dimensions of the psyche. Stan is well-known for his seminal work with LSD as a psychotherapeutic tool, beginning with his first LSD session in 1956 followed by his extensive clinical research through the 1960s and early 1970s. His use of LSD and other psychedelic substances in his psychiatric practice foreshadowed today’s widespread recognition that such substances can play an invaluable role in the treatment of many emotional and psychosomatic disorders as well as the alleviation of anxiety concerning the fear of death in terminally ill patients.

Stan was the first person to recognize that the results of LSD use for psychoanalysis were the same as what spiritual teachings have shown for thousands of years regarding non-ordinary states of consciousness. This led to his creating an award-winning cartography of the psyche that coined the term “ holotropic" as characteristic of non-ordinary states of consciousness such as meditative, mystical, or psychedelic experiences, all states which aim towards wholeness and the totality of existence.

For the past 50 years, Stan has continued his exploration of the many states of mind that can be explored without drugs by using certain breathing techniques. This holotropic breathwork (Grof® Breathwork) is an experiential method of self-exploration and psychotherapy that combines and integrates various elements from modern consciousness research, depth psychology, transpersonal psychology, Eastern spiritual philosophies, shamanism and other native healing practices. In May 2020, together with his wife Brigitte Grof, they launched their Grof® Legacy Training where students can develop theoretical and practical knowledge and skills in a large category of non-ordinary states that have a healing, transformative, heuristic, and evolutionary potential.

Stan turns 90 this July 1, Ubiquity University is collaborating with Stan, Brigitte and their Grof Legacy Training to celebrate his enormous contribution to the world’s understanding of how each of us can enter transcendent states of consciousness. His research and study have provided us with evidence that these “non-ordinary” states can grant us more robust health, an increased enthusiasm for life, an expanded worldview, and a sense of the sacred that is universal, non­denominational, and all­ inclusive.

Rick Tarnas, PhD explains humanity’s sense of separation from the natural world through a philosophical and historical perspective. This disconnect has resulted in the destruction of the Earth’s ecosystem, which Rick refers to as a crisis of consciousness for both individuals and the collective. He observes how Stan’s work with psychedelics and exposure to Eastern philosophies allowed him to see the archetypal nature of non-ordinary experiences, and note the similarities to ancient spiritual traditions. This rendered Stan's approach “psychiatrically grounded and spiritually informed.” Seeing how the traumas underlying Stan’s 4 Basic Perinatal Matrices are reflected in humanity’s fear of mortality, the fear of the feminine, and our need to control nature, Rick believes humanity is poised for a collective death/ rebirth experience.

Stan Grof and his wife Brigitte Grof join Rick, reflecting on the long and profound collaboration between them, and the collective friendship that began at Esalen over thirty years ago.